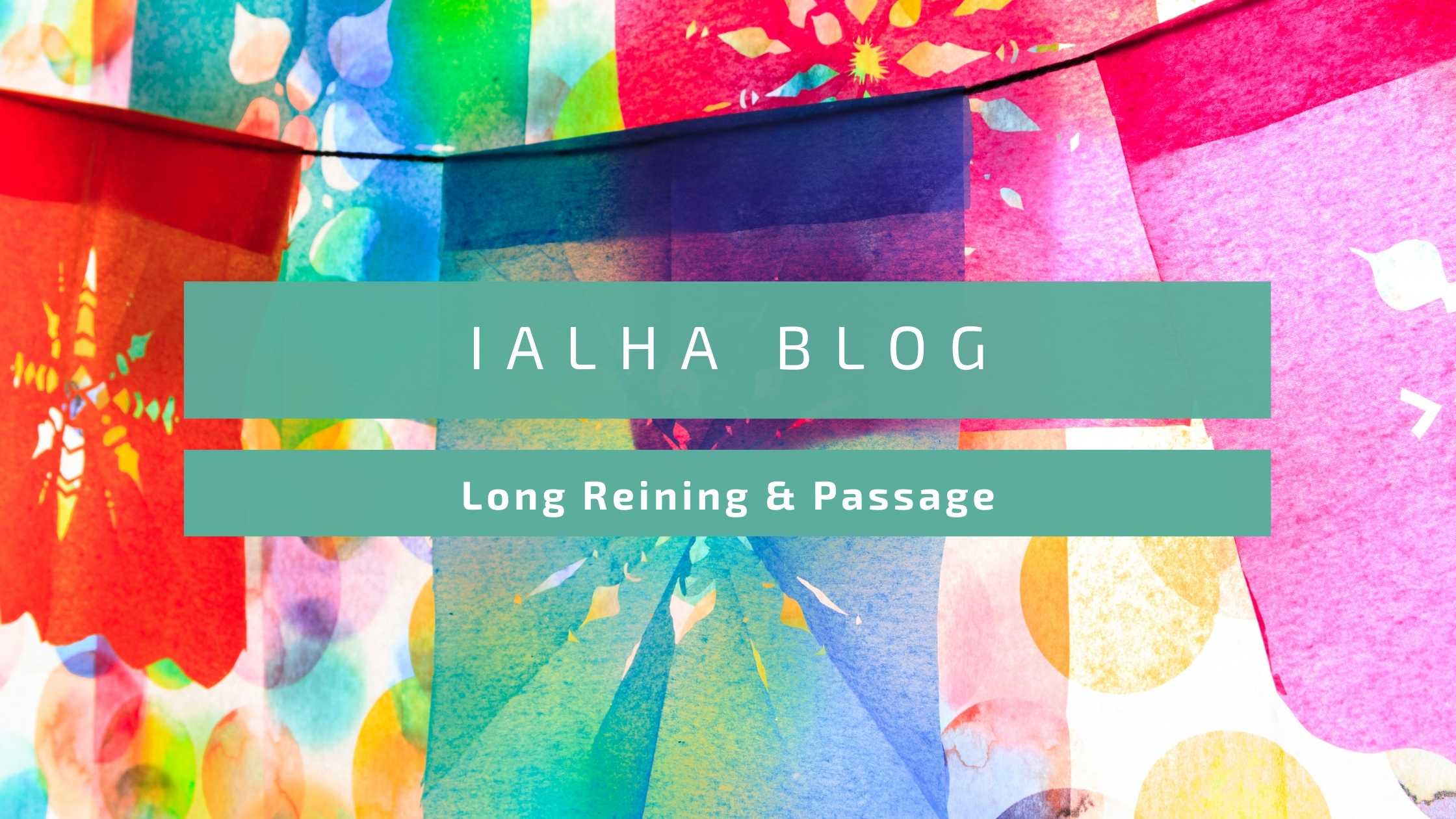 This is the second article in a series written by Dr. Walter de la Brosse. They were first published in The Alliance magazine in 2011 and are reprinted here with the author’s permission. Dr. de la Brosse is a distinguished judge, holding cards in many divisions, and will be judging the A/L reining, and trail classes, opportunity charro pleasure class, and the open Caballos Bailadores Nacional at the 2021 IALHA National Championship Show.

Not many of us, who has ever started a horse, added a movement, have ever not used long lines.  Long lines, or long reining, is not new.  Sometime around 372 BC, Xenophon wrote, The Art of Horsemanship.  Long reining was described and explained. An early etching in that text illustrates a warrior, holding a lance and long reins, attached to a bowing horse.  Horsemen throughout the years, such as those from the Spanish Riding School and Saumur, used and advanced the art.  This creative instinct of horsemen gives us a format for this competition.

Desired gaits (movements) for the Long Reining competition (at the discretion of the competitor) are as follows:

Points to remember:  Competitor needs to balance the energy of the horse from hindquarters to front.  Horse should be accepting of the bit and requests from the exhibitor.  Movements should be correct throughout.  Evaluate capabilities as relates to more complex movements.

What we would NOT want to see:  loss of balance and harmony, horse that drags itself forward on the forehand, resistance to the bit, poor or incomplete execution of the required movements.  Lack of physical capabilities or desire for more complex movements.

A spectacular trot, in slow motion, the horse moves with much elevation and great cadence; there is a definite moment of suspension, almost prolonged as one diagonal pair of legs reposes on the ground, with the opposing diagonal is suspended in the air.  Horse dances from one diagonal to another, progressing slowly but majestically with pure rhythmic steps.  The neck should be raised and arched, with head vertical. 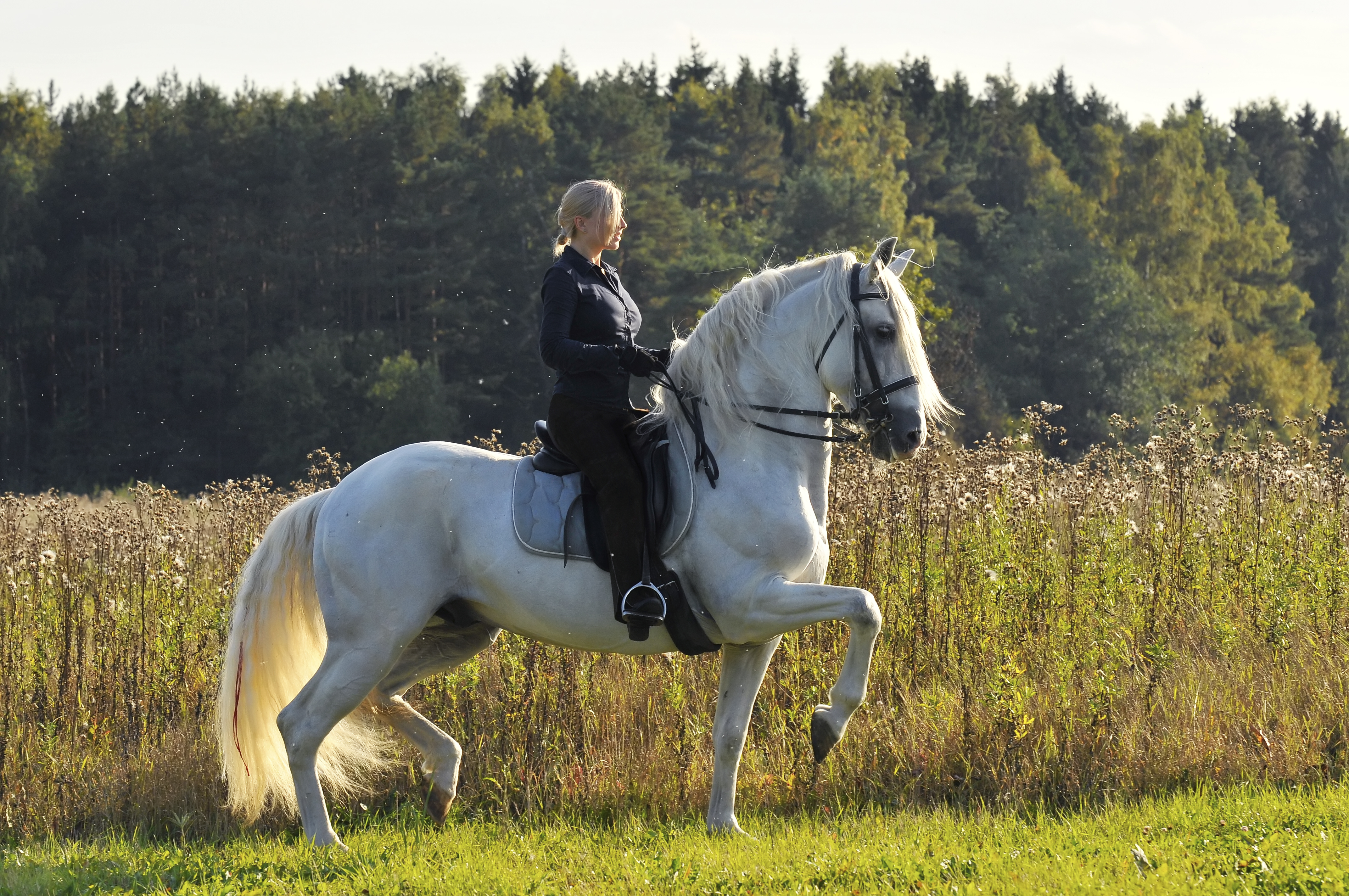 The old master Pulvinel, de la Gueriniere, Comte D’Aure, etc indicated that the foot of the foreleg in suspension had to reach about the middle of the cannon bone in support, and the hindfoot in suspension to the fetlock joint of the other hind leg.

All competitors will enter the arena.  Horse and rider will be inspected individually in the warm-up/holding area.  Each competitor will then ride the pattern, no exceptions.  Competitor will be asked to execute Passage from cone A to Cone B, turn left and walk to the holding area at the far end.  After each competitor has completed condes A&B in preassigned order, Passage will be executed in that same order from cone C to cone D, again turning left and returning to holding area at the walk.  They will line up head to tail in that order to wait from the completion of judging.

Attire and tack will follow much the same format as Long Reining.  Mixing of tack and attire should not be accepted.  Scoring will use the same parameters as Long Reining (Excellent to Not Executed).  It should be noted that movements that are not completed will receive a score of -10.

Based on USEF DR 114 – 131, it should be understood that irregular steps with the hind legs, swinging on the forehand or the quarters from one side to the other, as well as jerky movements of the forelegs or the hind legs or dragging the hind legs are serious faults.

As we move into what is the “Dancing Horse” phase of our competition, I have to remember what one of my early riding masters, Olympic Gold in Jumping & Bronze in three-day General Humberto Mariles Garcia said:

About the author:  Dr. Walter de la Brosse is a distinguished judge, holding cards in many divisions and will be judging the 2021 Caballos Bailadores Nacional.

Thank you to each of the businesses that advertised in the 2022 IALHA Handbook.
’Click’ on the images to visit that advertiser’s website.
PrevPreviousCHARRO PLEASURE
NextSpanish Walk and PiaffeNext